WAXHAW, NC – I see TJ every morning walking into work, but never realized that he was a Lieutenant with the Wesley Chapel Fire Department. One morning I noticed his front license plate and asked him about his involvement in the fire department.

TJ started his commitment to the community in New Jersey as a member of the Emergency Medical Service. After college, he moved to Maryland and the emergency services was a combination of fire and first aid (EMS).

Fast forward fifteen years and TJ was planning to move to Union County NC with his family.  He contacted several fire departments in the area where he was going to be moving.  Once his family was settled, he was talking to a friend he met through sports and the gentleman suggested that with his experience, he continue his service in North Carolina.  Within one month, TJ was answering calls with the Wesley Chapel Fire Department.

Being from New Jersey it was not a surprise that his favorite food is Jersey pizza and his second favorite is steak. When not working, TJ likes to play golf and coach or watch lacrosse with his girls. HE also enjoys any place that has a beach.  Since his move to NC, Sunset Beach South Carolina has become their favorite vacation spot.

Most people have a dream job, TJ says he has three of them; education, athletic training and the fire service. As a physical education teacher he gets to live two of those on a daily basis and the fire department several times a week.

TJ ‘s Community Tip – Have a family emergency plan for your home. Make sure everyone knows the plan. 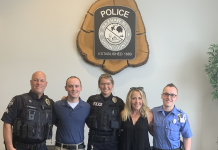 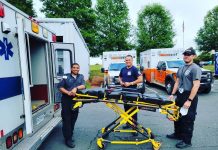 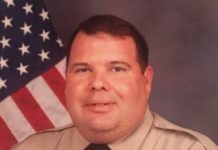 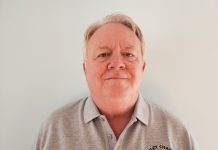 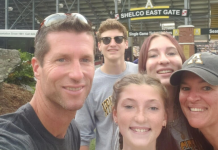 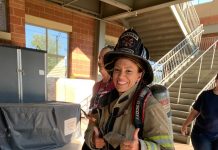 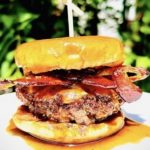 Shopping Local: What’s New Near You?

Hometown Ellen West - November 24, 2021
WAXHAW, NC - The holiday season is upon us, and what better way to celebrate than to shop local and support the businesses that...

Sports D. M. Wallace - November 23, 2021
WAXHAW, NC - Weddington is the lone Tri-W Team left in the running for a football championship, as a new sports season begins to... 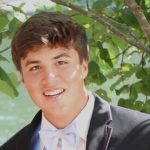 Hometown Staff Writer - November 23, 2021
WAXHAW, NC - From an applicant pool of thousands of high school scholar-athletes graduating with the class of 2022, Caleb Cox is one of... 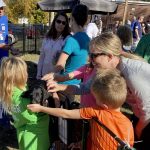 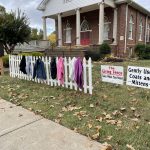