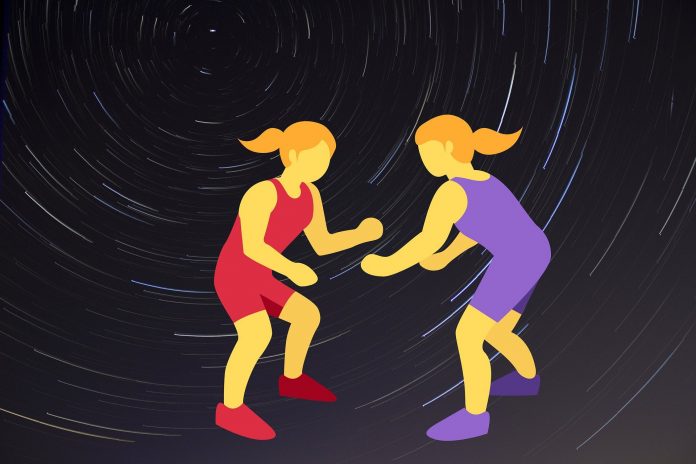 WAXHAW, NC – Big changes are on the way for Tri-W athletics following the NCHSAA spring board of directors meeting. The board met on Wednesday, April 27, to discuss fee structure, a five-quarter rule for basketball, the addition of a 4A state championship in women’s lacrosse, and the landmark decision to officially sanction women’s wrestling. While the board discussed many points during their meeting, the post-meeting press conference focused heavily on the impact of the newly sanctioned sport, and what that decision means for potential future sport sanctioning.

NCHSAA president Bobby Wilkins was enthusiastic about the results of the meeting, expressing gratitude for the work of board members in his opening statement.

“I think it was a very productive meeting,” Wilkins said. “I think that we got a lot of things done. I think we are preparing for a different world, and I think a lot of those things got taken care of today. I appreciate everything that the board has done. It has really gotten it going and has really gotten after it. As I said in the meeting, I think that our staff has done an excellent job. I know that everyone in the state appreciates what you guys have done.”

Commissioner Que Tucker was optimistic about the potential impact that the meeting would have on the future of high school sports. She discussed that impact and the opportunities that lie ahead.

“It’s been a great meeting, a historic meeting in many aspects,” Tucker said. “We are excited about the possibilities ahead for our female wrestlers, and the other things that I think have been put in place that will help us as we move forward in this new arena, so to speak.”

Tucker continued on to discuss the relationship between the board of education and the NCHSAA.

“We’ve always had a working relationship with the state board of education, and sometimes that gets lost. We’ve always had that working relationship because some of our rules are their rules. So, what has happened now is that our relationship has been enlarged, we’ll say. Their territory has been enlarged, perhaps is a better way to say it. So, we’ll do everything that we can to try to work in concert with them, while also providing service to our membership and most importantly to the boys and girls that participate in our programs.”

During the question and answer segment of the press conference, Tucker addressed the importance of the addition of a wrestling division to women’s sports.

“First and foremost it means an opportunity for a female to win a state championship,” Tucker said. “Heretofore, and through this year, it will mean that there will be an invitational, individual champion. It’s exciting to know that a sport is available that for such a long time women didn’t think that they could participate in, especially in our state. It is another opportunity. I think that whenever we can provide opportunities to teach the lessons that education-based athletics teaches, that’s a win. I’m just excited about the opportunity to be able to see those young women receive a medal that says state champion, that they will have that feeling.”