WAXHAW, NC – Despite a dominant start and an early lead, Weddington’s varsity football team fell short on Friday night, suffering their first loss of the season at the hands of the Ardrey Kell Knights by a score of 38-21. Weddington gained momentum early on, putting 14 points on the board before Ardrey Kell saw the end zone. The team seemed poised to carry that momentum into halftime with a last second score as they took the lead for a second time, but Ardrey Kell’s offense had begun to come together in a serious fashion.

Ardrey Kell’s defense emerged relentlessly in the third quarter, breaking down the Weddington offense with profound efficiency. With the help of turnovers and penalties at key moments, the Knights left Weddington scoreless in the second half. Ardrey Kell racked up three touchdowns and a field goal in that time, pulling out ahead and putting a stop to the Warriors’ undefeated run.

A touchdown by Weddington senior Kyle Parsons broke the ice with 4:59 left in the first. Failing to capitalize on their next attempt, the Knights gave Weddington possession again, leading the Warriors quickly into the red-zone. A four-yard pass to Weddington senior wide-receiver Landyn Backey followed a first-and-goal scramble by senior quarterback Grady Brosterhous to end the quarter.

Weddington opened the second quarter with a flag for illegal procedure, but the penalty had little effect. Brosterhous met Backey with another pass on the next play, this time for a touchdown, bringing the score to 14-0 after a successful extra point. Weddington’s defense brought the Knights to third-and-19 on the next possession, when a pass interference call gave the offense a fresh set of downs. Ardrey Kell took advantage of the big penalty, following up with two more first down plays. Junior Ardrey Kell running back Beylor Morgan took the ball 28 yards untouched to the end zone on the next play, closing the gap to 14-7.

Weddington began to feel the backfield pressure that would come to haunt the rest of the night on their next possession. Suffering a blocked pass and a third-down sack, the Warriors were forced to punt. A blocked pass by Weddington ended the Knights’ next possession as both teams seemed at a standstill.

With 1:12 left in the half, Ardrey Kell quarterback Jack Curtis split a backfield-focused Weddington defense for a game tying touchdown pass. Weddington spent the last minute of the half grinding down the field, calling for a timeout with seven seconds left before halftime. An incredibly designed route placed Weddington senior Kyle Parsons in open territory, where he caught a last-second pass. Parsons turned upfield and took the ball to the end zone, giving the Warriors a 21-14 halftime lead.

Weddington would not see the end zone for the remainder of the game, as Ardrey Kell quickly moved ahead. With 8:38 left in the third quarter, Ardrey Kell’s Beylor Morgan blasted through the Weddington defense for his second touchdown of the night, an untouched 45-yard run. With the game tied at 21-21, the Warriors seemed frustrated. Penalties and turnovers quickly became a serious problem for their offensive efforts. Weddington fumbled the kick return on their next possession, putting Ardrey Kell in scoring position once again. Weddington quickly intercepted an Ardrey Kell pass, but to no avail. The Warriors fumbled the ball on the next play, and Ardrey Kell senior Kevin Tarpley scooped the ball up for the score. Ardrey Kell took the lead 28-21, and didn’t look back.

Pressure from the Knights’ defense proved too much to handle for the Weddington backfield, as they struggled to get the ball off for the remainder of the night. An Ardrey Kell field goal made for a two-possession game, allowing the team to burn valuable clock time on their next possessions. A touchdown pass to Ardrey Kell senior Jack Barker, followed by a Knights interception, put an effective end to the game with five minutes left to play at a score of 38-21. 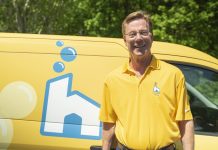 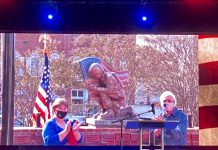 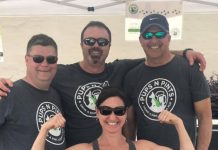 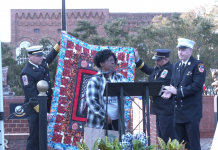 Waxhaw Joins Together in Remembrance for 9/11 Ceremony 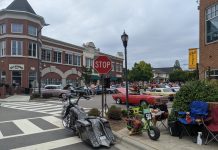 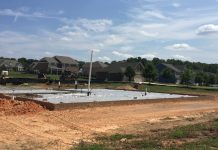 Careers In The Trades: Plumbers 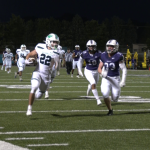 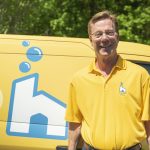 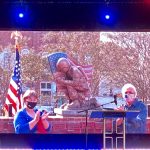 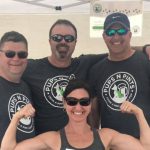 The Most PAWESOME Event of the Year is Back with the 4th Annual Pups... 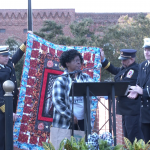 Waxhaw Joins Together in Remembrance for 9/11 Ceremony

Hometown D. M. Wallace - September 15, 2021
WAXHAW, NC - Waxhaw’s community spirit was at its finest on Saturday as residents filled North Main Street in honor of the victims and...